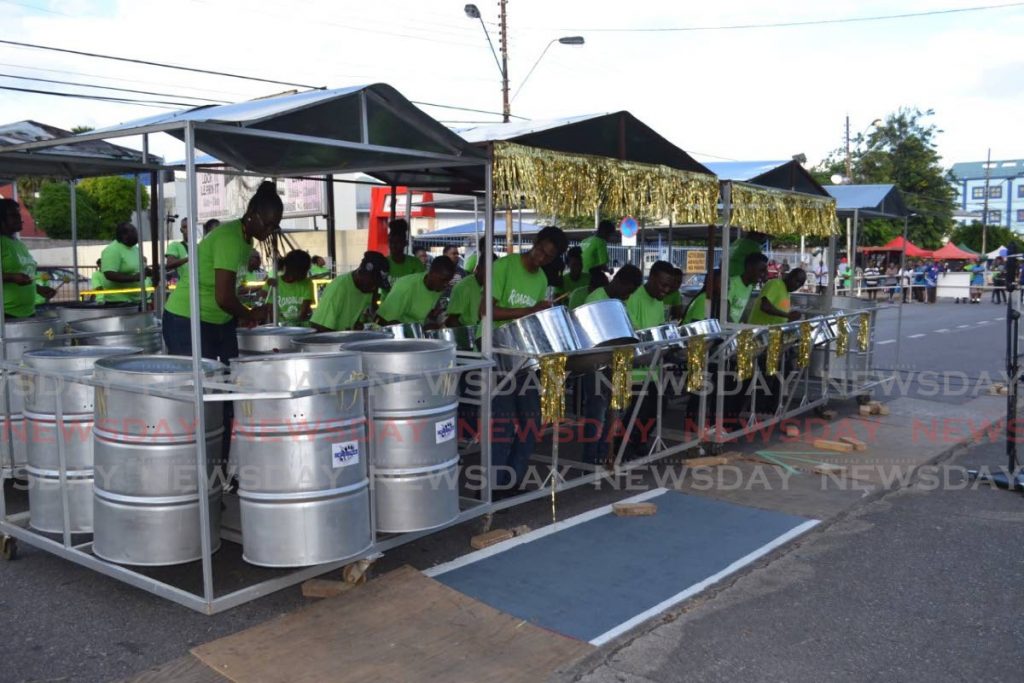 Roadblock Steelband of Trou Macaque, Laventille, has relocated to the Queen's Park Savannah, Port of Spain, due to fears of borderline gang violence. - Gary Cardinez

Newsday -- THE young players of Roadblock Steel Orchestra are exposed to the elements nightly as they practise for the ongoing 2020 National Panorama Small Band Competition. The band took up residence on the pitched area on the eastern side of the Queen's Park Savannah, Port of Spain, opposite Jerningham Avenue.

Roadblock faces judges Tuesday night, and with the inclement weather, their practice sessions are disrupted very often. Another cause for concern is the lack of facilities like running water and toilets.

According to captain Martin Cain, “The band is from Trou Macaque in Laventille and is said to be on the borderline between Pashley Street and Morvant and there is always the fear of gang violence...

Dear Mr. Gonzales, as I stated in my initial reply to this discussion:

I believe that the democratic process is alive and well in many steelbands,  or at least the perception, especially in bands where the following still occurs:

As it relates to Pan Trinbago's inability to conduct a fair competition, I think the word fair is out of pace in that context.

Promotion of mediocrity in the steelband fraternity by Pan Trinbago shall never cease, unless the system by which executives are elected to office changes. A moratorium on the registration of new bands may be necessary to conserve the quality that we have become accustomed to, but then registered bands means votes.

Panorama is a vote bank for Pantrinbago, as this is where a significant sum of the annual subvention is given away to friendly cooperative member bands. Panorama has become a scheme to plunder the national purse to keep people in office, as while Panmen continue to play for free, Pan Trinbago's 10% continues adding up, and the number of delegates eligible to vote increases.

So every three or four men who call themselves a band, registers as a band, enters panorama, where the minimum amount required to be considered a band in 30. They then scream pressure, drought, no support, no money, no players. Enter superhero Pan Trinbago to their rescue, effectually watering down the competition, but securing another vote when elections comes around.

As I wrote earlier:

I like you Mr. merrytonestothebone will continue to advocate that, the lil boy good! I wish him the best of everything.

Imagine a steelband running from gang violence. The wheel has certainly turned.The former cause of gang violence is doing its utmost to avoid it

Aye sherman, we are a long way from the badjohn days, pan man going collage and university today.