Junior Regrello, selfish and self serving or a shining light for pan, the PNM, and the city of San Fernando.

Junior Regrello, selfish and self serving or a shining light for pan, the PNM, and the city of San Fernando.

Around the age of 16, I told Mr. Regrello that I was inspired by his management style and I hoped to follow in his footsteps some day. At age 31, when Patrick Manning and the PNM lost the election in 2010, I called Junior Regrello and told him that his tenure as Junior Minister was unimpressive and self serving, in particular towards the steel band community. He explained to me that may seem so because his good deeds were not done for public gratification.

Three weeks ago, a prominent pan man in south called me and said “you won’t believe who’d give me financial assistance for my plane ticket to an international gig”. He was right, because I would not have guessed. Not because I never experienced Mr. Regrello’s generosity but because of their frictional relationship and things that Mr. Regrello knows that the individual has said about his character. It is beyond admirable that Mr Regrello would put that aside and assist this gentleman.

One month before that, I made a public call for someone to assist with the tutors’ fees for San City’s pan camp. Mr. Regello again came to the rescue. Thank you Mr Regrello. https://whensteeltalks.ning.com/forum/topics/prime-minister-ministe.... https://whensteeltalks.ning.com/forum/topics/prime-minister-ministe....

Around that same time, another south pan man /band leader came to my home to give me some assistance with one of my vehicles. He too revealed that Mr. Regrello was a breath of fresh air to his band because, since Carnival his band was without a home and Mr Regrello found one for them.

For 2018, Mr. Regrello’s band was also a part of the funerals of two prominent pan men, who were not affiliated with his band.

Mr Regrello stood up to the police for violating the rights of pan men on the road for Carnival, as the lazy policemen tried once again to pull pan sides off the road before 12 o’clock which is stated in the proclamation of the act of parliament.

Prior to all of these things, Junior Regrello was offered sponsorship by NLCB and refused because it would mean that a popular south band would have lost NLCB’s sponsorship.

Mr Regrello has also created new opportunities for steel bands in San Fernando by making them a part of San Fernando’s city month celebration.  Normally the city hosts a Pan On The Move event, but that only profits the tractor drivers who pull the steel bands. With all the budget cut backs, it has become impossible to fund that type project. Mr Regrello, who is a solution oriented person, decided to create a space where San Fernandians can still enjoy the steel band and would at the same time benefit the bands. Bands have been offered the San Fernando city hall auditorium, with no cost attached, to host their own concerts during this month.

These are just some of the things I have discovered through my own investigations as Mr Regrello once again refuses to speak of his generosity.  Could we think of one other steel band leader who did so much, in such a short space of time, for others outside of their bands?

Something that is not pan related but definitely worth mentioning. Remember when the country wanted to kill Mr. Regrello for removing the dial? Whether he is justified for moving it or not is still questionable, however his traffic plan for San Fernando is without a doubt a huge success. And the removal of the dial may have been instrumental in that success. There were many loud critics before the implementation of the new traffic plan but all those voices suddenly came to a hush as the motorists of San Fernando enjoyed greater mobility even druing peak hours.

Junior Regrello is a very analytical person, he is hard working and recently displayed generosity to the steel pan community outside his own band. He is modest which might be a deficiency in his political career, so it is our responsibility, as pan people, to tell his story. I am calling on the Prime Minster to take notice because there is a diamond in the rough within the PNM, he is a pan man, and his name is Junior Regrello. 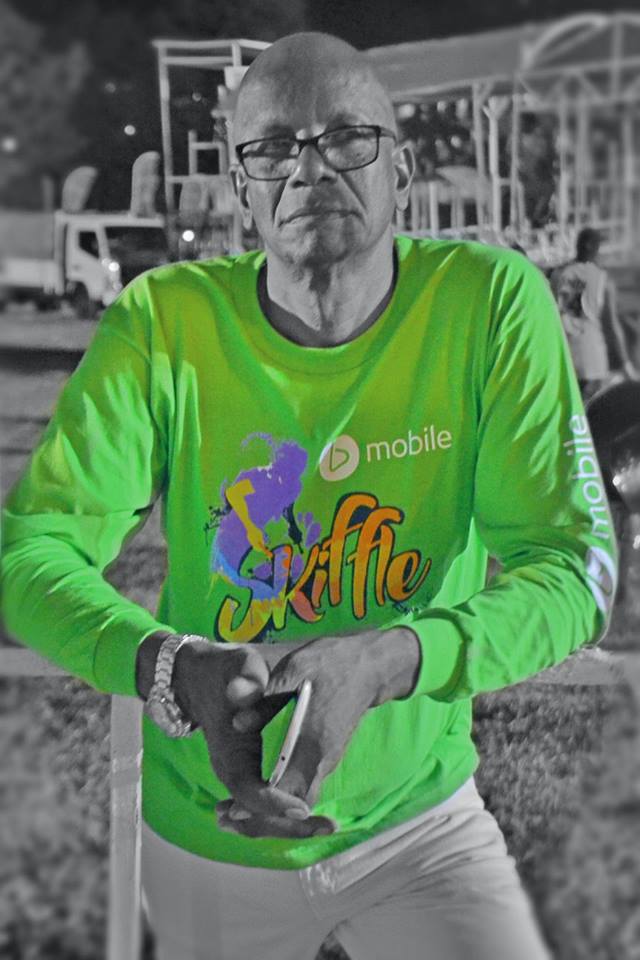 Not every steelband Captain/Manager can become a successful Politician, ask Keith Diaz he keeps coming up $hort.

There are TWO PEOPLE on THIS FORUM who have made INVALUABLE CONTRIBUTIONS to making SOCA and PAN music available to THE WORLD. Those two people are GLENROY JOSEPH and ODW. I think that they should both be nominated for NATIONAL AWARDS FOR CULTURE at the 2019 INDEPENDENCE AWARDS CEREMONY.

That is YOUR ASSIGNMENT!!! And there is NO ROOM FOR FAILURE. Having access to men like JUNIA REGRELLO and AINSWORTH MOHAMMED -- this should not be a BURDENSOME ASSIGNMENT for you.

Me and Glenroy and odw are thanking you in advance for getting this venture in FULL MOTION!!!

You can contact these to TWO GENTLEMEN on THE FORUM and conduct your interviews with them!!!

'Let your light  continue to shine' Mr Regrallo. "It is committed steelpan people(man) such as you" who are responsible for the survival of the steelband that the world has come to know...keep up your brilliant work......ONE LOVE!

Permalink Reply by Ian Franklin on September 12, 2018 at 10:50pm
Thanks Aquil, I think that Junia Regrello has also offered work to more different arrangers than any other manager and has sourced the most Sponsors.

These guys should be making the case for Pan People being paid.

Swedaka Matthews Aquil Arrindell every time I interact with you regardless of the medium I can't help but to recognize your progressive journey to maturity. I am happy for you and those who will benefit from this.
Your article is an interesting expose of your experience and as per your style, peppered with unbridled candor.
Thank you for your sharing of a son of the soil and south, who continues to contribute to our success.
Nadia Noel He is a good man but the constituents of the surrounding famous panyard skiffle bunch are in need of help tooo..when will we help or is it o my when he needs our vote?? Is not only pan men need help...