Who Knew? The Steelpan - the Tenor - proves the mightiest of challenges in Amazing Race 32’s first leg

It ain’t that easy - playing a Pan, that is

Global - So who knew that the Tenor voice of the steelpan family of instruments, would prove to apparently be the most difficult challenge for some team members on the CBS Amazing Race’s latest season premiere, which started off in Trinidad and mainly, Tobago? Indeed, the eleven pairs of competitors who participated in the first leg of Season 32, had no idea what lay in store for them on an instrument which many music lovers around the world have deemed among the easiest to get the hang of.

....But the only thing that might be termed ‘easy’ on this group, regarding getting past what Amazing Race organizers dubbed the ‘Road Block’ - was the beautiful beach in Tobago that was the site for this activity. Teams had to learn to play a part of a song. As host Phil Keoghan put it: “If they can hit the right notes and stay ‘in time,’ they’ll end this ‘Road Block’ on a high note, with a clue.” That, so the teams could move on to the final first-leg test, the famously fun Tobago Goat Race.

Why did Exodus allow the bass pans to be rolled like that? Very disrespectful.

Bugs, RESPECT is hard to define in the PIMPIN business. Not trying to over-analyze the attention-grabbing industry, it's the nature of their business.  So much for our emotional blindness. Where were the local decision-makers/advisors/consultants, they had no control over the end-product? 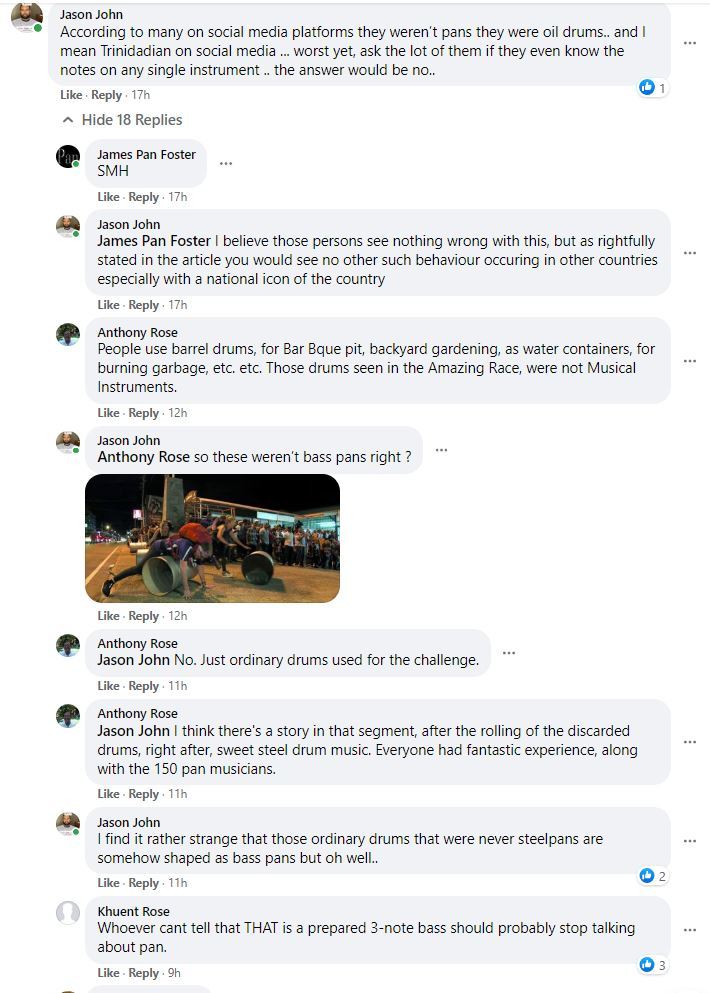 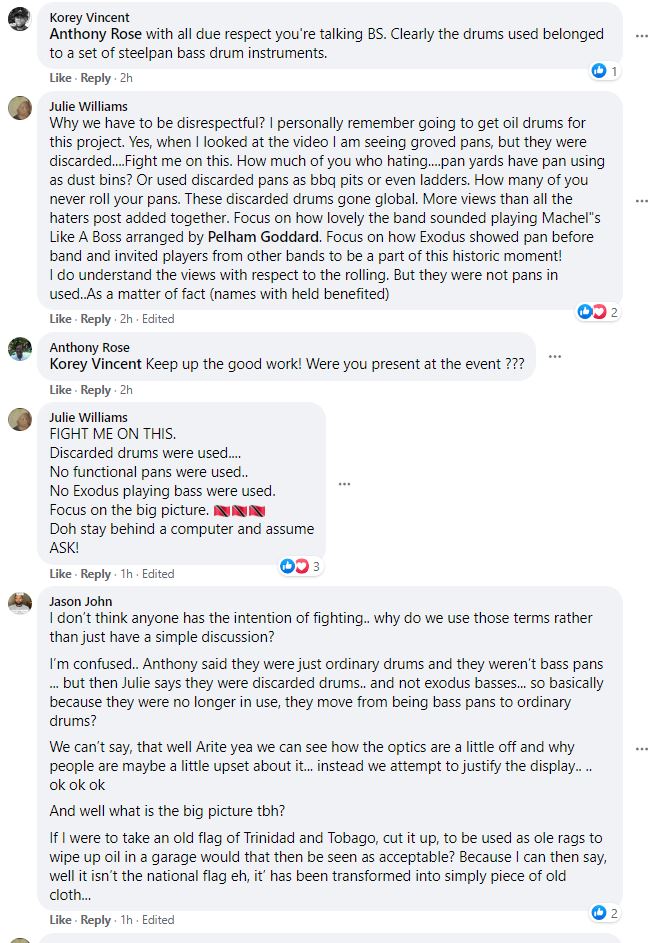 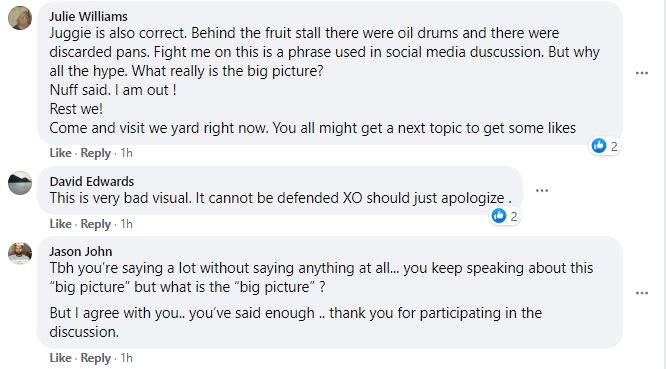