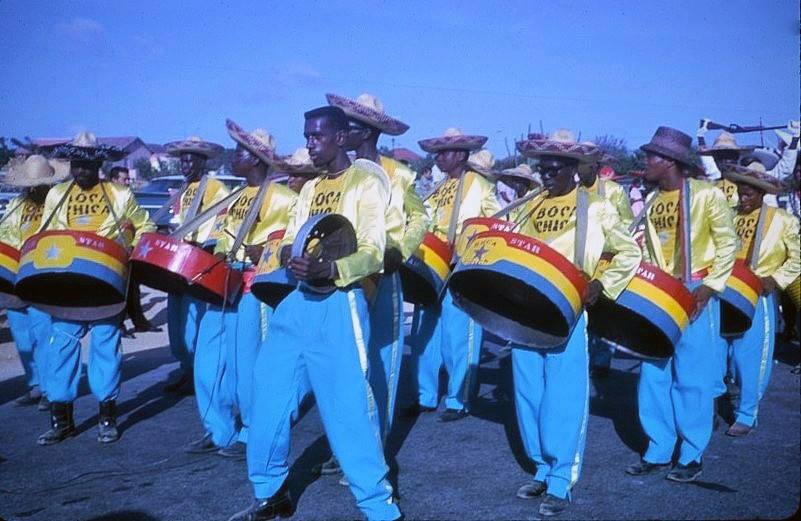 Karel Sorton This is one of the real single steelpan band, everything is mordern now, doubles, only the main steelpans are single, those are the single leading tenor steelpans.

Roy Bryson The guy up front playing the steel is neelo.

Roy Bryson I started playing first pan with Edgar in 1962 we were untouchable. I played with the best. The good old days. I got so good Edgar split the band in two and I had the other half . but for competition I played with the stage side. It made me feel special to play with Edgar Raymond Richardson jumbo and Roy Penniston. Esteban Martinborough. Rosindo and julio wilson

Roy Bryson After the guys from Trinidad went back home Naldo brown started a steel band with the boys from aruba. Paul Conner and Edgar Conner played in the band and then they later formed the Invaders. they practiced in my yard. Lydia Donner brother julian..jimbo.freddy...teddy..Jinneton..Calypso king Ponche...chicito marsh.played with Edgar and also Rudolph conner.