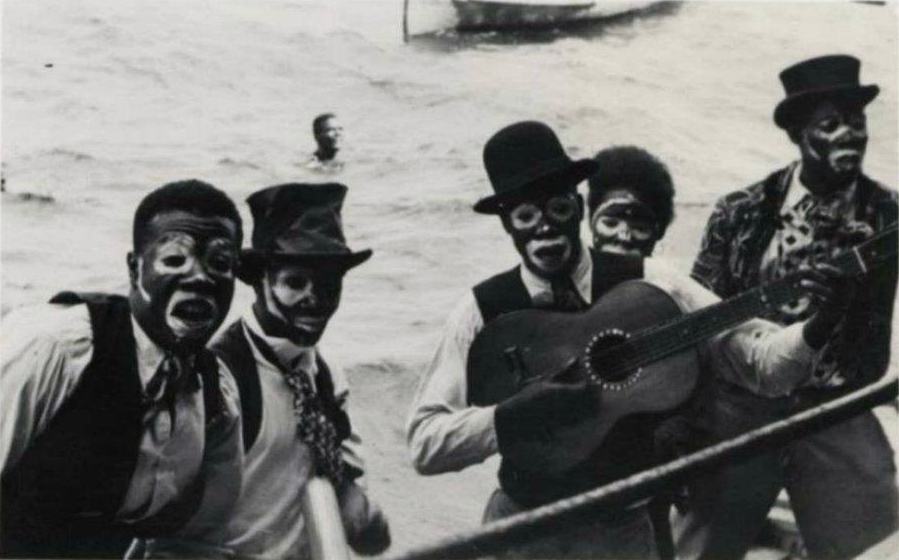 Kaiso is said to be a Yoruba word meaning ‘bravo’. The earliest record of a calypsonian is actually that of Gros Jean. He was a plantation slave in the very early 19th century in Diego Martin, owned by the powerful and wily Frenchman, St. Hilaire Begorrat who had settled in the area during the Cedula of Population of 1783. Begorrat was one of the most fanciful characters of the post-Spanish era since he was supposed to be a slave smuggler (the slave trade was abolished in 1807) with a hiding place near the North Post still called Begorrat’s Cave. He was also a confidant of the brutal governor, Sir Thomas Picton. Once, when asked why he kept close to such a man as Begorrat (whose reputation was already known across the West Indies) , Picton said “he knows that I will hang him forthwith If he fails me.” Begorrat lived in a large wooden mansion situated atop a mountain overlooking the Diego Martin Valley. The driveway was so steep that a team of horses was kept at ready when visitors’ carriages needed extra animals to reach the house. Begorrat, called Le Diable (the devil) by peers and inferiors , was something of a wit. His petted slave, Gros Jean, had the talent of being a master extempo composer, and could sing in French as well as strum a guitar. Naturally, Begorrat was a man with many antagonists. When he wanted to inflict embarrassment on any one of them, he would hold a large cocktail or dinner party at his home , which, notwithstanding his reputation , was always attended by the cream of Trinidad’s class-conscious society. Begorrat was a man with many informants in low places, and before the ball would gather sensitive information on the intended victim, relating to sexual indiscretions, debts, family secrets etc. He would pass on these tidbits to Gros Jean. On the night of the ball, Begorrat would announce that live entertainment from Gros Jean would be on the cards. The latter would be summoned, decked out in garish finery, to deliver his patois composition which would leave little to the imagination, being both risqué and rife with suggestive lyrics. The victim would be socially disgraced, although not named outright (the social rumor mill, then as now, had everyone’s business ‘in de road’) and all other made aware that Begorrat held their reputations in his hand. Gros Jean died around 1820 (his master went in 1850 at 92 years of age) and was interred by the grief-stricken Begorrat in his private family cemetery which was on the corner of what is now Covigne Rd. and Richardson St. in Diego Martin. The corpse was wrapped in red cloth and the mouth filled with rum before being buried.


Blackface is a form of theatrical makeup used in minstrel shows, and later vaudeville, in which performers create a stereotyped caricature of a black person. The practice gained popularity during the 19th century and contributed to the proliferation of stereotypes such as the "happy-go-lucky darky on the plantation" or the "dandified coon. "Blackface was an important performance tradition in the American theater for roughly 100 years beginning around 1830. It quickly became popular overseas, particularly so in Britain, where the tradition lasted longer than in the US, occurring on primetime TV as late as 1978 (The Black and White Minstrel Show)] and 1981. Stereotypes embodied in the stock characters of blackface minstrels not only played a significant role in cementing and proliferating racist images, attitudes and perceptions worldwide, but also in popularizing black culture.


In Trinidad, the late 19th century, leading well into the 1950s was the era of the great liners which called at Port of Spain. These huge steamships , owned by the Cunard, White Star and RSMP lines, were frequent visitors to the city , disgorging hundreds of tourists when they docked. This was the era of the minstrel too who combined the local art of kaiso and extempo with the American blackface vaudeville style for the entertainment of the white visitors who woul

Thank you for this lesson.

Thank you for the History lesson.  My Father was born in Deigo Martin(Camaron to to more specific ).I have learned about the French part of my background. Thank you for this Charles Assevero, Plano Texas( a Belmont born Guy)

Each One, Reach One to Teach One...  Calypso Roots

Although the Abolition of the Slave Trade Act was passed in 1807, slavery was still lawful.

The Abolishment of Slavery Act was passed in 1833.

The slaves over 6 years of age were redesignated "apprentices".

The first set of "apprentices" were officially "free" on 1st August 1838.

The second set of "apprentices" were officially "free" on  1st August 1840.

Thanks for sharing history! Gros Jean needs to be recognized today for his role.