Republished with the expressed permission of the author

Calypso, the unique art form that defined Trinidad and Tobago for a hundred years, that clever, creative combination of lyrics with rhyme and melody to haunt the living and awaken the dead, is dead. Gone to a great cultural mausoleum that exists somewhere between the Bassman's Hell and cyberspace. Thirteen years into a new century, a new millennium, I cannot write, "Long live calypso!"

After you would have cussed me for daring to challenge the cultural status quo, more so on the day after forty calypsonians sang at the semi-finals in Skinner Park, six of them former monarchs, twenty of them women, answer me a few questions. When last have you heard an original calypso (not vintage) that grabbed you by the ears, forced you to listen to its lyrics, to hum to its sweet melody and, overwhelmed, you cried out, "Kaiso, boy!" When last?

Look, I do not mean to belittle or disrespect the bards of today and some giants of yesterday who, against immense odds, are trying to keep calypso alive, albeit on life support systems. Calypsonians like Mudada, Chalkdust, Sandra, Aloes, Pink Panther and De Fosto deserve plaudits for their tenacity, for having survived for decades in the gayelle even as the past masters retired, many of them hurt, and their contemporaries fell by the wayside.

And I have "nuff respect" for the brave young men and women who choose to remain in the graveyard plying their talents, resisting the lucrative lure of the inane that passes for song and music. Staying with calypso must be tough on artistes like Kurt Allen (who had a stint on the Soca Train some years ago), Devon Seale, Sean Daniel, Kizzie Ruiz, Heather Macintosh, Karene Asche and Sheldon Nugget, to name a handful. 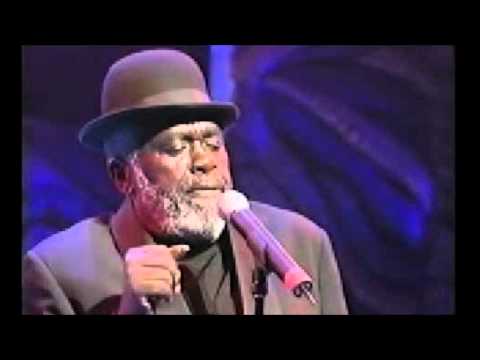 Still, my focus today is not on the singer, but the song. I ask again: when last? The last big one I remember came in 2001 when the genius that is Shadow took the rags, flags, wine and wave of two-line imposters, added a haunting melody and infectious hook lines, and had the whole country jumping up to "Stranger". The song was a runaway hit, taking the Road March title by the proverbial mile.

Now, there may have been other good calypsos since then, but it's taxing my aging brain to ask me to recall them (readers, please help). I mean, with bound-to-hit bards like David Rudder and Black Stalin still on active duty, there must have been something or things.

That I cannot readily remember a great or good song only underscores the point I seek to make, that calypso is dying if not long dead. In the run-up to this year's Carnival, which I'm enjoying from home (maybe that is the problem!), I tune in to radio as often as I can to catch as many of the seasonal offerings as the overlords of the airways permit us to enjoy. In pursuit of this pleasure, I must confess that I have to stomach tonnes of "tatah". I don't know about you, but I think it's torture for any human being to be subjected to aural assault in his own home. It's bad enough being forced to listen to inane crap peddled at high volume morning, noon and night in my neighbourhood. I protest, but to what effect? Everybody else seems happy "fogging up the place".

I've heard some okay calypsos, lyrics that make me chuckle, but nothing better than ordinary. It was the same story last year when Duane O'Connor won the Monarch title with "The Hunt Is On"—a catchy, topical song, but certainly not one that, ten, twenty years from today, you would select and play for your own pleasure or to entertain friends. That "The Hunt" also won "Calypso of the Year" says something about the sub-standard material we had to cope with not just last year, but for the past ten years.

I am not hankering after another "Portrait of Trinidad" (1965), a "Progress" (1980), a "High Mas"(1998), classics that come maybe once in a decade or a generation. I ask only for something as deep and enduring as "Voices from the Ghetto" (1999), as lyrical and musical as "Poverty is Hell" (1994), a simple, catchy, infectious ditty like "La La" (1976). Am I making an unreasonable demand of today's calypsonians? I think not, certainly not at a time when most singers employ well-paid composers and musical arrangers.

In the absence of good or great songs that are current, calypso lovers like me are forced to retreat in time, way back, and ironically, use modern technology (You Tube, When Steel Talks) to source and revel in music that is fifty, sixty years old. I shouldn't have to do that, not in the Land of Calypso and Steelband. Sadly, I have no choice.

So, many evenings find me on the computer looking for great calypso music. I check, say, Sparrow, maybe start with "Slave", follow with "Ten to One", rediscover "Witch Doctor"...once I'm with "Birdie", I can be hooked for hours. Another night, I thought I had not heard Shorty's "Endless Vibrations" for some time, so I selected it. Soon, I was deep into "Om Shanti", "Sweet Music" and so on.

I imagine there are many Trinis-to-de-bone like me, not all old geezers, who use technology to access great calypso music from no fewer than fifty bards, all of whom lived and performed in the latter fifty years of the 20th Century. Artistes back then did not have the opportunities that today's bards enjoy. Producing a record, and later CD, was costly.

Today, computers and the Internet cut costs and open immense possibilities to the talented. A Korean artiste took a provincial beat, Gangnam Style, and successfully marketed it to a billion-plus people. Why, pray, are there no exciting new calypsos to take our music to the near-limitless world of cyberspace?

I live in Jamaica now and the same lament is being made about reggae music. There is the same progress: greater accessibility, more female performers, etc. but much less (if any) real 'quality' songs. Reggae afficionados complain about having to go back to the 60s to the 80s for great music as well.
Is it because countries like ours in the Caribbean are being swamped with mediocre music 'hits' and we are following that lead? I do not know.
But I am an optimist I believe that Calypso, like its king, Sparrow, doe dead so easy! it will rise again

I'm with Raffique on this one. My sentiments exactly. To much inane crappy lyrics and noisy, frenzied, background rhythms masquerading as music, over our airwaves. Excellence in artistry seems to have been booted out by mediocrity, with today's artistes overly dependent on employment of gimmickry and image, to support their "music", which could not stand on it's own for any length of time without the props.

Nobody with common sense could disagree with this article, as far as playing calypso on the radio, allow me to share an experience I had on independence day 2013 around maybe after 7 pm I was on my way to P.O.S. listening to power 102 FM, and all I heard was Jamaican reggae music, at first I though maybe OK one or two tunes nothing wrong with that, but it was Jamaican music all the way on our Independence anniversary, I really could not believe what I was hearing, it was so disgusting, disrespectful, and showed no sense of patriotism  at

all. And for a number of years at our Independence celebrations, promoters would bring Jamaican artiste to perform. I have nothing with Jamaican music, as a matter of fact there is plenty of lovely Jamaican music,which I listen too and like, but on my Independence day I would like to hear my music on our airways  24/7 if is just one day.Some stations were playing soca.

My brother, you are correct in all that you've said. I've asked the same question a number of times on this web site. When was the last time you've heard some really good "Kaiso"?. It is so sad that the controllers choose to Americanize our art form and have it morphed into something totally non-calypso. Sad. What do they hope to accomplish?. I really want to know.

I haven't heard Shanti Om since I was a child, and now I can't get it out of my head!  1978, my Dad and his Caribbean friends were putting the pieces together for Caribbean families to gather and celebrate here in Saskatoon.  They ordered steelpans and made a band, decorated a warehouse with a tropical feel, and this was one of the memorable songs that they would spin while all the grown ups would lime and us kids would play badminton every weekend... nice memory!  Yes, songs like this are far and few between.  Good article.

This is an example of why I have so much respect for Raffiques commentary.He's said it like it. Is, and