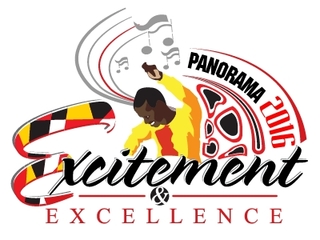 The annual ritual of the steelband Panorama competition has begun in Trinidad and Tobago, and continues apace through the stages culminating on Carnival Saturday with the finals. With the financial cutbacks across the board in all areas of the economy including Carnival, there is a recognition that the sum of the parts have to be efficient and excellent to make the whole better. The holistic view of Panorama being in need of “fixing” taken by some commentators and pundits has raised the question of why has this analysis not been done and implemented before this recession, and why, even in these times, does the state still pump money, in the millions into Carnival and its events such as Panorama

A simple answer could be that Panorama represents the apotheosis of the national instrument. That reasoning was supplied by steelpan researcher Dr Kim Johnson, who spoke to the T&T Guardian about the idea of the continuation of the state funded event within the context of moribund standards for the industry of steelpan throughout the year. Johnson noted the history of Panorama: “Panorama was the PNM government of the 1960s taking control of the steelband movement, what they saw as national culture. The strategy included making it more lucrative to play in Panorama because of prize money and appearance fees than to play in parties and fêtes.”

The intrigue continues with the assertion that the early Panorama became the antithesis of the existing Bomb competition with opposing class and racial groups challenging for control and influence—the new governing elite insisting that calypso be played versus the working class playing classical music—and critically voter support. Johnson: “PNM had no organised masses like a union, so panmen represented a structured link to the voting masses.” The link between political fate and culture control is observed in countries in the region like Cuba, and even here when calypso lyrics were subject to censors speaks of a kind of continued control.

In these modern times, the State, spends millions on the continuation of Carnival both as catharsis and economic input via tourism and the economic multiplier effect of trade at that time. In 2016, $270 M is allocated to the National Carnival Commission (NCC), which effectively runs Carnival, of which Pan Trinbago got $30 M. Keith Diaz says that his organisation requested $45 M from the government, but Minister Dr Nyan Gadsby-Dolly said that “the current economic conditions have forced the Government to cut back.” Efforts to get a statement from the minister in relation to the question of the rationale and policy for state funding of steelpan proved futile. What is clear from government statements is the need to increase revenues from diversified sources outside of oil and gas.

The people's representatives in the Parliament, during Joint Select Committee (JSC) hearings in 2012 looking into the management of the NCC reported their findings in a report that spoke about financial and management matters at the organisation, and conclusions from this report provide some answers to questions of the viability of the Panorama event and the spin-off projects like the disputed Greens area. The report specifically noted congestion of the masquerade on Carnival Tuesday, and only touched on the stalled construction of the Pan Trinbago headquarters—at least $5.8 M spent and unfinished since 2002—and the movement away from T&T of the steelpan industry. Any notions of a long Panorama event—an assertion made by some to recommend fixing—were not concluded as a problem!

When challenged by former senator Emmanuel George to justify the Greens space as a simultaneous “fête” when the focus should be on pan at Panorama, Clarence Moe, then NCC CEO responded that, “there is a push at present to tell the interest groups [Pan Trinbago in this case], your events and activities must be viable. That you must be able to at least increase the levels of revenue, because the shows and the events that you put on have the potential for raising higher revenues...this year has generated the greatest level of revenue that we have ever seen, indeed it was almost doubled.” Economics trumped all other considerations. Despite some pull out from party organisers and promotions companies, companies are organising their posses for the Savannah Party on Sunday.

Vice president of Pan Trinbago Bryon Serrette, in 2014, justified the existence of the Greens by noting that “while a lot of the younger generation members are playing with the steelbands, their peers have not been supporting the event...they would prefer not to sit in one spot for hours listening to the bands....Pan Trinbago, therefore, took the decision to accommodate these patrons by giving them a space in which they would be comfortable, and at the same time contribute to the revenues we are expected to generate from the event.” Keith Diaz, Pan Trinbago president reiterates, “Pan Trinbago is not the Pan Trinbago of yesteryear. We are now a business-driven enterprise.” Yet the call for increased subventions continues.

It must be noted that nearly 90% of the NCC's budget comes via government subvention. Pan Trinbago's money is a mix of public and private funding with a very small portion of revenue coming from gate receipts and rentals. But Panorama is not only about money, it is about performance and increasingly about broadcast and intellectual property exploitation.

The recent example of the marathon International Soca Monarch has shone a new spotlight on the idea of broadcasting and live streaming of Carnival events and the production values expected of such an enterprises. The idea of broadcasting festival type events has precedence in the BBC broadcasts of Glastonbury and state television stations in Europe broadcasting jazz festivals like Estival in Lugano, Switzerland, and Jazzaldia in San Sebastián, Spain, as international examples. Snapshots or even sets by acts support a television broadcast that is distributed worldwide. The local preference to position a camera or a bank of cameras on unprepared singers or eight minute bursts of steelpan performance sandwiched between 20 minutes of transition time between bands creates a bad television experience, as noted by many on social media, and an unsupported product for live international broadcast where the economic exploitation make sense.

At the 2012 JSC hearings, the NCC admitted failure to further exploit broadcast rights citing “the lack of proper technology” and noting their inability to collect accreditation fees from international photographers. What becomes clearer in 2016, is how far we as a nation is behind the learning curve of modern technology and trends, and the slow buy-in to the notion that local audiences' expectations have increased with the burgeoning of cable television and internet providing example of standards not seen often in these islands.

Kim Johnson posits another idea based on his research, “Pan is not a consumer thing. Capitalist music systems are about consumption, pan is about participation.” This idea turns the standard business model for the exploitation of pan via a Panorama or the broadcast of Panorama on its head. At the funeral of calypso jazz pioneer Raf Robertson, Fr Clyde Harvey suggested that pan should take a page from the jazz book: “jazz is about festivals, not a contest. Eight “winners” at semis, share the prize money equally, and a festival on 'finals night' for all of us to celebrate the music and the instrument.” Aside from the argument of picking eight “winners” constituting a competition, Harvey's suggestion was roundly rebutted by Johnson: “That can't work. We need the competition. Black music is about immediacy. Jazz achieves that by improvisation, pan by competition.”

Kim Johnson says that “Panorama is a competition for arrangers.” However, there is a kind of stasis in the growth of prize winning arrangers. Despite the embargo on one arranger arranging for multiple bands many years ago, in the last 35 years only eight arrangers have “won” in the large band category, the late Jit Samaroo winning nine times, Leon “Smooth” Edwards winning eight times, Len “Boogsie” Sharpe winning seven times among the leaders.

His thesis hinges on the notion that in New World African music, the spontaneity of jazz is removed in our pre-composed context of arranged carnival music at Panorama. To that, is the “who go win” factor that insists only a competition will decide. The immediacy of improvisation is replicated in our context by competition.

Panorama continues because it satisfies that ageing demographic, which can not sustain it as a popular music. Panorama continues because the state seeks to maintain support, financially and otherwise for a “national” culture. Panorama continues because it owner, Pan Trinbago, has made it the acme of the instrument and the industry. Nestor Sullivan, an expert, suggests that “Panorama seems to be the 'definition of steelpan' but as a catalyst for annual music practising and development, it is not doing that.” The world is moving on with creative industry exploitation T&T has begun with differing results thus far. Kim Johnson posits, finally, that “steelband is modern instrument that preserves the ancient idea that music is participation.” These two ideas from learned folk suggest that the annual rite of passage that is Panorama may be in need of fixing, but only when the society at large, get on board the idea that fix anything in this island is to shift paradigms away from the familiar.