What Didn't Work - Corruption From Deep Within.

Tomorrow, I suggest what may work. But for now, understand that these are corrupt men of ill will. The former president dared relay a threat to me, and had my mother very concerned in 2014. At Roger Israel's office, while on speakerphone, the rogue ex-leader would engage in an expletive-filled rant, telling the (then) permanent secretary to "DON'T GIVE DEM GODDARD BOYS NOTHING!", in our attempts to get help with the town hall meeting. (Yeah; we got nothing. lol.) And, all this while he paying his former education minister hundreds of thousands (that's the money we know about. Remember, the house in Holder's name, the BMW X5, and the Porsche Cayenne?) The PDF file is the audit report in its entirety. Honestly, I do not recall which "whistleblower" forwarded it to me, but, again, they ALL came to me, to do their dirty works, and to clear their names once the works were done. Quite frankly, my well-being is still threatened by these men, who seem to run the association like a mafia organization, more than a body for ALL panmen and panwomen. Kiss his ring, and Diaz made you filthy rich. Maybe he should run for the POTUS office, for we all see that despots have huge followings and immense power. Oh well, make me a martyr. Take me out, like you warned my brother, Don Diaz. If not, I will continue to expose you and any "culture vulture" roaming with our subculture. (Not into kissing rings.) The steelbands have rewarded you very handsomely; allow someone else to "eat-ah-food-nah". To the Awoke: Watch for the "kickbacks" to the retired King, once the Prince from south assumes the throne that was prepared for him. That's the campaign we are witnessing before our eyes; a handpicked young ruler they can manipulate, because they know he is weak and a "useful idiot"! George D. Goddard. 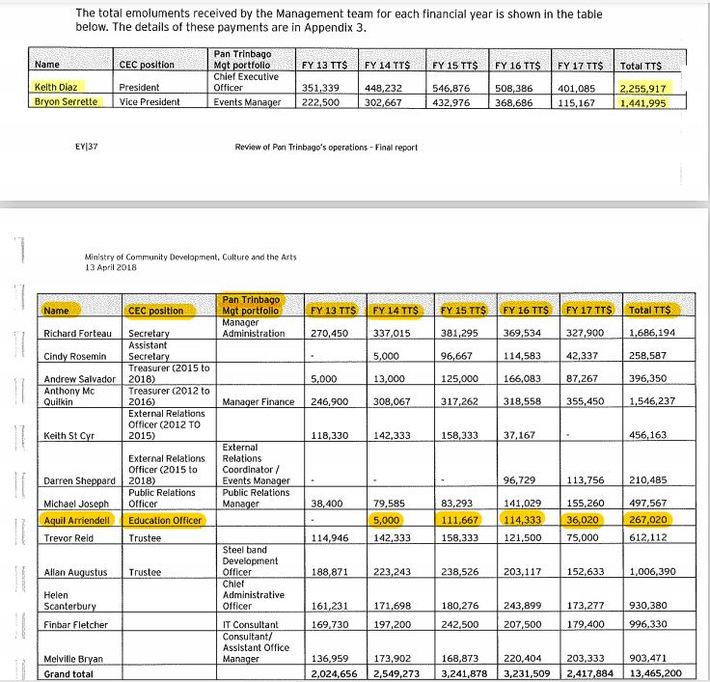